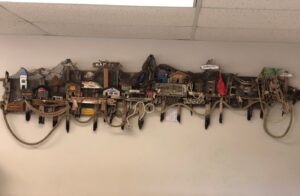 The collage decorating the office at Goodlette Self Storage was made in 1985 by Robah Valez. As you can see, it was made from the remains of her own 1929 boat which had been scuttled off the Naples Pier some five years earlier.Jerry and Robah Valez were “the” artist couple of Naples in the 80’s. Jerry Valez was a good painter. He had a studio at the Cove Inn and exhibited his paintings at the lobby of the Cove Inn. His wife, Robah was also an artist, and a good one too, but she did not do commercial work. 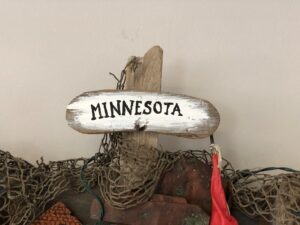 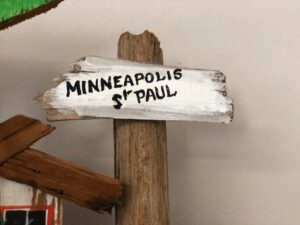 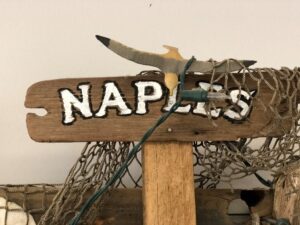 The Vogels were good friends of the Valezes. Dick Vogel owned a title company called Midwest Title. As his business grew, he bought a piece of land on the North Trail and built his own building.  Midwest Title occupied half the building. The other half was occupied by Dick’s Minnesota friends. The bunch was a tight knit group and hung together.

So gradually, they came to be jokingly known as the Minnesota mafia, or sometimes Midwest mafia. They say Hank Krehling (the cement guy) first gave them the moniker. Robah made this collage in honor of Minnesota mafia’s new digs. 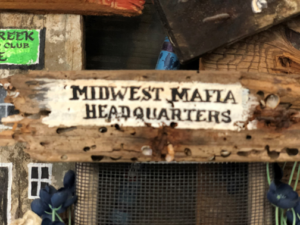 Minnesotans came down to Naples in large numbers starting in the 70’s. There wasn’t much to do in those days and life was easy, laid back. They would hang together in groups. The origins of this group goes back to Minneapolis-St Paul, mainly Edina area. They first congregated in a building called Gulfshore Square, built by Joe Hovland across from Lowdermilk Park. It is now called Charleston Square. Midwest Title was located there and the others set up offices there. By the 80’s there were around 10-15 of them. Their hangout was the Cove Inn. They would get together there after work, drank mostly beer and chatted for a couple of hours before going home. They enjoyed their friendship and hung together.

In 1983, a broker got four of these guys to invest in a mini-storage. The four were Dick Vogel, Bob Gisselbeck, Tom Noble (he owned the Normandy Hotel in downtown Minneapolis and also the Holiday Inn at the airport), and Koz Moaveni, a guy who had recently moved to Naples from Persia. How this Persian got to be a part of the Minnesota mafia is a long story but he did. Today Goodlette Self Storage is one of two businesses left from those days; the other is Hovland Real Estate now owned by Joe’s son, Steve. The Mini Storage is owned by Koz who bought the others out and expanded the place. Dick sold Midwest Title in the early 2000’s.

Robah put something (mostly funny) in her collage about those of the Minnesota mafia that she knew. Here are the ones that made it into Robah’s collage. 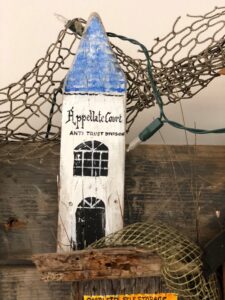 John Cochran. A well known attorney, he fought Exxon Valdez Corporation in relation to the Exxon Valdez incident at anchorage, Alaska. If you are 60 and over, you probably remember grounding of the big tanker and spillage of millions of gallons of oil in the pristine Anchorage bay. John fought them all the way to the Supreme Court of the United States. 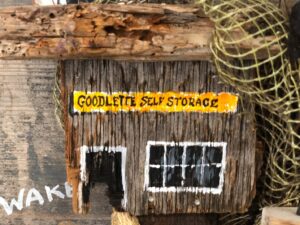 Goodlette Self Storage. Home of Robah’s Collage. At the time, it was owned by Bob Gisselbeck, Dick Vogel, Tom Nobel, and Koz Moaveni. It is still there and is now owned by Koz. 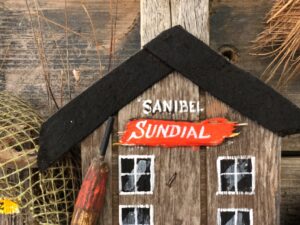 Sanibel Sundial. A project that brought Vogel and Gisselbeck to Naples. It ran into whatever difficulty you can think of, title, permitting, environmentalists (remember Porter Goss, mayor of Sanibel, later Congressman, later head of the CIA?), and finally the disastrous market of the late 70’s. But they made it and it is still there proudly standing on the beach. 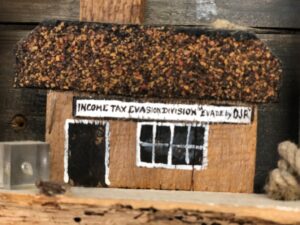 Income Tax  Division. Bruce De Jaeger was a CPA, a pilot with his own airplane, and a man who did not much like to talk. The friends knew him as a pilot and had tall stories to tell, each from his own experience flying with Bruce. One was landing at the wrong airport simply because he felt he had no need for directions from the controller. 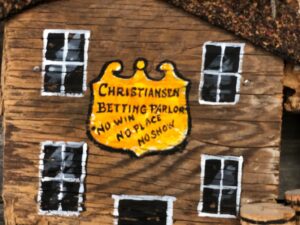 Royal P – Handiliers. This one applies to many if not most of the friends. They were members of Royal Poinciana Golf Club and of course regularly “exaggerated” about their handicaps. 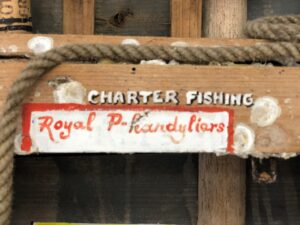 De Jaeger & Noble Charter. Tom Noble’s boat had plenty of room for friends and, of course, friends never let him down. 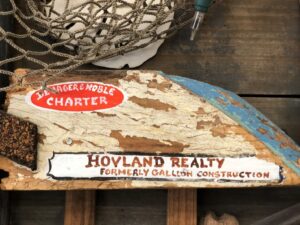 It was said that Joe Hovland had started several businesses, but was best known for his real estate business.  Joe did not like to take practice swings on the golf course; whether it was a drive or a putt, he would walk up to the ball and hit it. 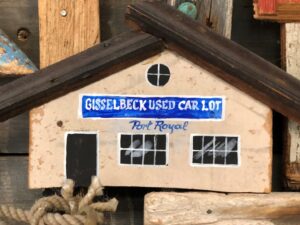 Gisselbeck’s Used car Lot. Port Royal. Bob Gisselbeck was in the used car business in Minneapolis. Yes, nobody had heard of a pre-owned car in those days. And he lived in Port Royal where he didn’t have much love for the tennis players. He thought they were healthy livers who didn’t spend much while costing the club too much money on the tennis program. He eventually quit his membership at the Port Royal Club where he lived but kept his membership at Royal Poinciana Golf Club. 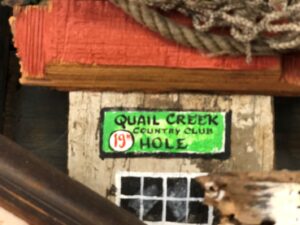 The 19th Hole at Quail Creek Country Club. Another hangout and Bruce De Jaeger’s club of choice. Those who are old enough will remember the Benson tragedy at Quail Creek. 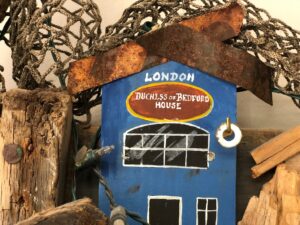 London. Duchess of Bedford House. Yes that is where Koz Moaveni had his summer home. It was a lot easier to fly to London in those days. There was an airline out of Naples Airport called PBA. You check in here in Naples, fly to Miami, connect to BA and you were in London the next morning fresh and ready to go after a good night’s sleep.

Bakketien Paint Shop. Warren Dahl used to own a painting company in Minneapolis. He made a lot of money in the painting business. 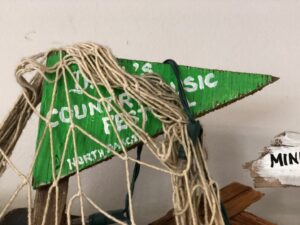 Dahl’s Country Music Festival. North Dakota. Warren’s country music festivals were very popular. He organized a couple each year. People would travel from all over the Midwest to participate in the festivals. 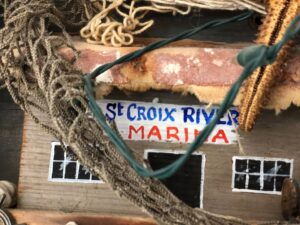 Ideal Corners Bar. Whitefish lake. One more hangout. Gisselbeck had bought a bunch of lots at a subdivision called Whitefish Golf Estates. Bob would pay for as many drinks as you cared to drink, if you bought one of his lots. 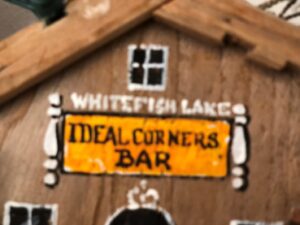 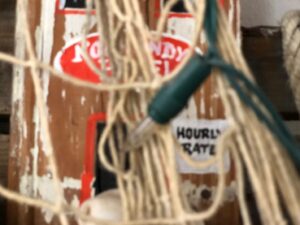 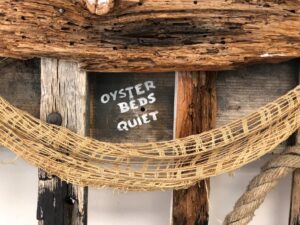 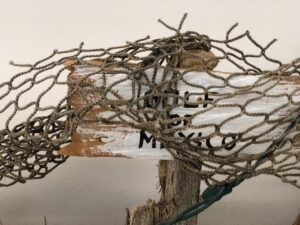 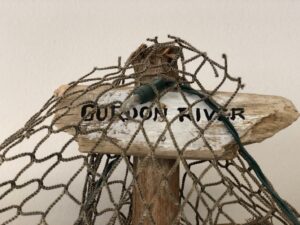 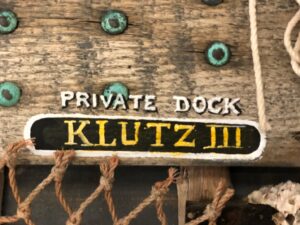 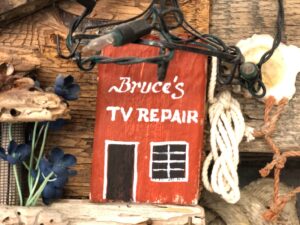 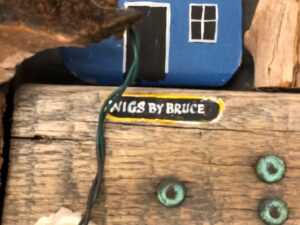